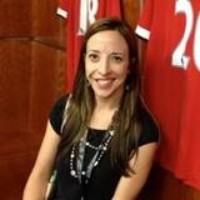 As a new graduate in Calgary, Alberta, Merrylee Clark developed an affinity to the McKenzie approach to physiotherapy treatment. She thoroughly enjoyed taking McKenzie Parts A through D, and quickly integrated its approach into her practice. Merrylee recalls how a patient set to have meniscus surgery regained full knee range of motion after the McKenzie approach was applied to their low back!

Merrylee applied to the Constance Beattie Bursary through the Physiotherapy Foundation of Canada – the Foundation arm of the Canadian Physiotherapy Association. In 2016, Merrylee was thrilled to hear that she had been selected as one of the recipients! The bursary helped with course fees and costs to fly to Scotland, where she completed her training.  Merrylee has mentored physiotherapists as the McKenzie approach expands in Canada. She is also assisting with researching the McKenzie approach with doctors in Calgary, which Merrylee hopes will expand the growing literature supporting its approach.

It was an honour to receive acknowledgement from my profession that the continuing education I pursued was important. The support I received from the Constance Beattie Bursary helped me to become the third McKenzie Diplomat in Western Canada. The pursuit of continuing education not only helps our patients, it elevates our profession.

Yes, I want to support physiotherapists!